How useful is knowing about the Head, Heart or Body Centres to improve your interpersonal skills?

Since I started studying the enneagram and other tools to identify personality traits, I have found it difficult to differentiate between some behavioural strategies. I have been cornered occasionally by people asking me to identify their preferred strategy on the fly. My usual technique in these situations is to use the professional excuse that it is better not to classify another person, but that they should try to find the strategy which most closely resembles them.

Nevertheless, I sometimes feel the temptation to dig a little deeper, particularly when that person is a client who I am coaching or, other times, purely out of curiosity. Because of this, I have discovered a factor which habitually has the desired effect of clarifying the most notable tendency in each case.

‘The Triads’ or ‘Centres’* are terms which will be familiar to those who have read up about the enneagram. Some of the contemporary experts, such as Mario Sikora no longer refer to this, as it is not essential to an overall understanding, albeit a mildly interesting factor. However, I have found it to be helpful. In essence, our personality can be separated into three general categories: Emotional, Mental and Visceral or Impulsive (Commonly referred to as the three centres: Heart, Head and Body). What this means is that we generally interpret the world around us through a filter which is either emotional, rational or impulsive. To understand this more clearly, I propose observing it in context.

Imagine you are in the supermarket, doing the shopping and you see someone stealing food. What would be your FIRST reaction to this?

1. You feel terrible for the pitiful situation that someone is forced to steal food to survive and want to help them somehow.

2. This person must be starving and unable to afford the food. So, they are forced to steal it.

3. You raise the alarm to stop the theft taking place or you step in to do something about it.

These give a general idea as to how differently we react to a situation when the filter for said reaction is the heart, the mind or the gut. The key importance of identifying these behavioural tendencies becomes obvious when consulting the traditional classification of the ‘Triads’, each of which contain three sub-categories defining the precise nature of our preferred strategies, a theme I will deal with in a future article. Fundamentally, the latter are variations in the way we deal with whatever situation we may find ourselves in, grouped into trios which correspond to the filter through which we process our surroundings, which are the intellectual tendencies I have referred to (emotional, mental and visceral).

Undoubtedly, discovering which of these strategies is most closely aligned with our habitual behaviour is no mean feat. Hence, I prefer not to go into further detail in this article as to the differentiation between these three variations within the triads, prioritising a clearer understanding of the contrast between the triads themselves. One reason for this is the frequency with which I find people who doubt between two, or occasionally more, strategies from different triads. In these cases, with a clear idea of what each triad means, it can clear these confusions more efficiently. As I mentioned before, the best way to establish which intellectual tendency a person prefers is questions with an immediate response. I emphasise the importance of immediacy because the first answer is our tendency. Afterwards, most people often think about the implications of their response, whether it be what others may think of them because of what they say or how they would like to react in the situation, usually different to how we do react. There are almost endless possibilities for judging if someone tends to react emotionally, mentally or viscerally. Another example could be:

What would you do if a friend called you to tell you that they had been burgled?

3 – Drop everything and go to help them

These are typical responses: The first is emotional, asking about how the person feels; the second is more practical or rational; the third is clearly a gut reaction, an impulse. These correspond to an emotional, mental or visceral filter correspondingly.

What is more, I have noticed that each tendency has a chronological basing. What I mean by this is that people from the mental triad tend to base their decisions on the future and the possible consequences of them, looking ahead to see what will happen. Meanwhile emotional people hold on to their memories and use experiences from their past in comparison with situations in the present and to justify their decisions. On the other hand, the visceral group live here and now in the present moment, with a leaning to take decisions on the fly and, from time to time, pay the consequences of not looking before they leap and causing unnecessary stress or upset.

Without a shadow of a doubt, it is of enormous importance that I stress the fact they we are talking about tendencies. Life has a strange way of creating situations which require actions which are quite uncharacteristic of our normal tendencies and very much those associated with behaviour from other triads. Hence, it is fundamental to bear in mind that we prefer to use behaviour characteristic of one filter above the others, without excluding the other kinds of behaviour from our lives. What is more, on being aware of the opportunities to employ other reactions to situations, we open the range of possibilities and become more equipped to deal with any situation which may arise.

At this point, I suggest that you consider the way that you usually react and ask yourself if it really is the most appropriate way. On starting to analyse one’s behaviour in this way, we can start to automate a selective process which gives us the means to adapt our behaviour relevantly to the situation in hand.

* - The Feeling Triad, The Thinking Triad, The Instinctive Triad – The Wisdom of The Enneagram (1991) Don Richard Riso & Russ Hudson

- The Heart Center, The Head Center, The Body Center – The Enneagram in Love and Work (1995) Helen Palmer 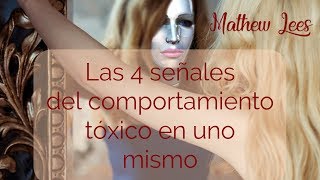